Many happy returns for 2014! We are taking the month of December off but will return in January, starting the new year with some of Baltimore's favorite sons (and daughters): Rafael Alvarez, Clarinda Harris, David Belz, and Eric D. Goodman. See you there! 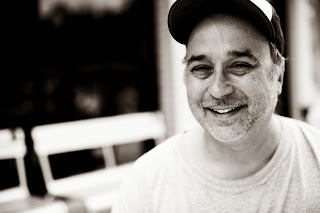 Rafael Alvarez is a lifelong Baltimorean with a single subject at the heart of his fiction, journalism, and screenwriting: Crabtown, USA on the shores of the Patapsco River. Educated at Mt. St. Joseph High School in Irvington, Alvarez learned to write on the City Desk of the Baltimore Sun and practiced the craft while laboring on ships with the Seafarers International Union. The son of a Fells Point tugboat engineer, his waterfront experiences were used extensively in the second season of HBO's The Wire, during which he served as staff writer. The author of eight books—including the fiction collections The Fountain of Highlandtown (1997) and Orlo and Leini (2000)—Alvarez released a new anthology of stories in 2014 called Tales From the Holy Land. He recently completed a screenplay with his daughter, the actress Amelia Alvarez [Baltimore School for the Arts, 1999.] Alvarez can be reached via orlo.leini@gmail.com 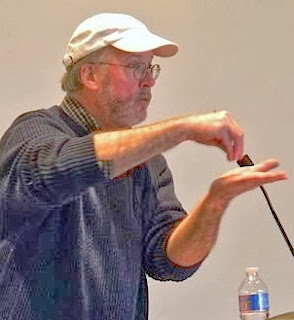 Baltimore satirist and fiction writer D.R. Belz has published widely in newspapers, literary journals, and online. His work has appeared in such publications as The Baltimore Sun, The Baltimore Examiner, The Patch, The Loch Raven Review, The Antietam Review, Smile, Hon, You’re in Baltimore, and The MacGuffin. He studied fiction writing with novelists James M. Cain (The Postman Always Rings Twice) and J.R. Salamanca (Lilith) at the University of Maryland. A collection of his essays, poetry, and fiction, White Asparagus, is available from Amazon.com in both print and e-book. Reach him at dbelz@aol.com. 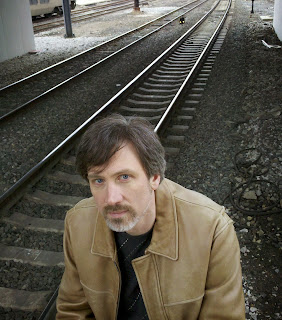 Eric D. Goodman is the author of Tracks: A Novel in Stories (Atticus Books, 2011), winner of the 2012 Gold Medal for Best Fiction in the Mid-Atlantic Region from the Independent Publisher Book Awards. He’s also author of Flightless Goose (Writer’s Lair Books, 2008) a storybook for children. Eric's work has appeared in The Baltimore Review, Pedestal Magazine, Writers Weekly, The Potomac, Barrelhouse, JMWW, Scribble, Slow Trains, and New Lines from the Old Line State: An Anthology of Maryland Writers, among others. Learn more at www.EricDGoodman.com or connect at www.Facebook.com/EricDGoodman. 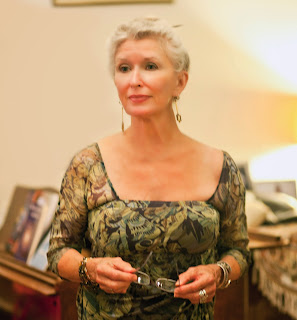 Clarinda Harriss, professor emerita of English at Towson University, is the longtime director of BrickHouse Books, Inc., Maryland's oldest small press, recently named "Best of Baltimore" by Baltimore Magazine in 2013. She and Moira Egan recently co-edited Hot Sonnets: An Anthology (Entasis Press). Her published books include poetry collections The Bone Tree, The Night Parrot, License Renewal for the Blind, Air Travel, Dirty Blue Voice, and Mortmain. A new poetry collection working-titled Goddam (its theme being mistakes of all kinds) is under way. The White Rail is her first collection of short stories.
Posted by Jen at 5:51 PM

There is a chance you're qualified to receive a $1,000 Amazon Gift Card.