510 Readings at the Baltimore Book Festivals

Don't forget about us when you're back from the summer! We will have been waiting here the whole time, just for you, dear listener. We are excited to once again to be at the Baltimore Book Festival with a special 510 reading—look for us on Saturday, September 29th, at the CityLit Tent, 6:30-8pm. For now, we're pleased to preview our lineup of great readers—Elissa Schappell, Michael Kimball, Carissa Halston, Patrick King, Nancy Murray, and Robb Todd. See you in September—while you're away, don't forget to write. 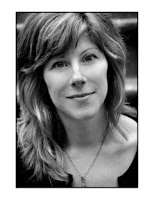 Elissa Schappell is the author of two books of fiction, most recently Blueprints for Building Better Girls, which was chosen as one of the “Best Books of the 2011” by The San Francisco Chronicle, The Boston Globe, The Wall Street Journal, and O Magazine, and Use Me, a finalist for the PEN Hemingway award, and a New York Times "Notable Book" and a Los Angeles Times, "Best Book of the Year.” She is co-editor with Jenny Offill of two anthologies, The Friend Who Got Away and Money Changes Everything. Currently, she is a Contributing Editor at Vanity Fair, and a Founding-editor, now Editor-at-Large of Tin House magazine and formerly Senior Editor of The Paris Review. Her short stories, non-fiction, book reviews, and essays have appeared in such places as The Paris Review, The New York Times Book Review, BOMB, Vogue, SPIN, One Story, GQ.  She lives in Brooklyn.

Michael Kimball is the author of three novels, including Dear Everybody(which The Believer calls “a curatorial masterpiece”) and, most recently, Us(which was named toOprah’s Reading List). His work has been on NPR’s All Things Considered and inVice, as well as The Guardian, Bomb, and New York Tyrant, and has been translated into a dozen languages. He is also responsible for Michael Kimball Writes Your Life Story (on a postcard). His new novel, Big Ray, will be published by Bloomsbury in Fall 2012. 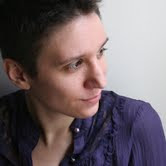 Carissa Halston is the author of A Girl Named Charlie Lester and The Mere Weight of Words. She has received grants for her long-form fiction from the Wesleyan Writers Conference and the University of Massachusetts Boston. Carissa’s short fiction has recently appeared or is forthcoming in Precipitate, TRNSFR, > kill author, and The Collagist, among others. She currently lives in Boston, where she edits a literary journal called apt and hosts a reading series called Literary Firsts.

Patrick King has been published in various small press online and print journals. These days he mostly writes silly blog posts over at his humor site and complains about his white people problems. He will die in 2043 after which his wife, Katie, will put his remains into a cannon and shoot them to the moon. Exit Nothing is his first, and possibly last, novel.

Nancy Murray is a playwright, theater director and story teller who has recently contributed works of creative non fiction for the Urbanite magazine, performed her storytelling for the Women of the World conference at the Meyerhoff, and wrote two 10 minute plays for the Submit 10 reading series. Her full-length play, 'Asking Questions" was produced at Fells Point Corner Theater last summer. She is working toward an MFA in Creative Writing and Publishing Arts at the University of Baltimore. 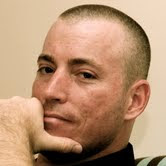 Robb Todd, author of the collection Steal Me for Your Stories, is a writer in New York City. He has lived all over the country and was lucky enough to live in Hawaii twice. He also lived in Texas twice. And North Carolina twice. Actually, this is his second stop in New York City, too. He does not do things right the first time. For more, visit www.robbtodd.com