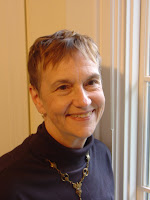 Madeleine Mysko is a writer who served as an Army nurse on the burn ward in Fort Sam Houston, TX, during the Vietnam War. Bringing Vincent Home, her debut novel, re-enters that time by way of a Baltimore family who must come to terms with the wounding of one of their own. A graduate of The Johns Hopkins Writing Seminars, Mysko has published in venues that include The Baltimore Sun, Bellevue Literary, The Hudson Review, River Styx, and Shenandoah. Among her awards in fiction are an individual artist grant from the Maryland State Arts Council and a Baltimore City Artscape Prize. 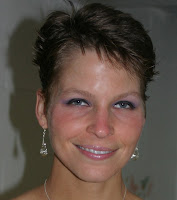 Savannah Schroll Guz is author of The Famous and The Anonymous (2004) and editor of the theme-based fiction anthology Consumed: Women on Excess (2005). She has been nominated for a Pushcart and a StorySouth Million Writers Award and is a monthly "Short Takes" columnist for Library Journal. Once upon a time, she worked as a correspondence translator for Bavaria's Prince von Hohenzollern and consequently wore out two very sturdy dictionaries. She now lives on a farm in the Mountain State of West Virginia and is at work on a novel.

Joseph Young lives in Baltimore where he co-runs the art blog BaltimoreInterview.com and keeps the microfiction blog verysmalldogs.blogspot.com. Look for his work in such magazines as SmokeLong Quarterly, Mississippi Review, Exquisite Corpse, Rock Heals, Eleven Bulls, JMWW, elimae, and others.
Posted by Michael Kimball at 5:12 PM