Michael Kimball’s third novel, DEAR EVERYBODY, has just been published in the US, UK, and Canada (http://michael-kimball.com/). His first two novels are THE WAY THE FAMILY GOT AWAY (2000) and HOW MUCH OF US THERE WAS (2005), both of which have been translated (or are being translated) into many languages. He is also responsible for the collaborative art project--Michael Kimball Writes Your Life Story (on a postcard)—and the documentary film, I Will Smash You. 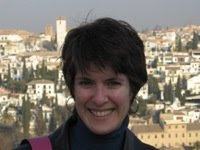 Tita Chico is Associate Professor of English and Associate Director of Graduate Studies at the University of Maryland-College Park. She is the author of Designing Women: The Dressing Room in Eighteenth-Century Literature and Culture (2005) and Editor of the scholarly journal, The Eighteenth Century: Theory and Interpretation. 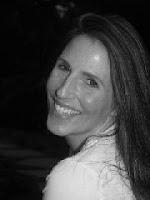 Jessica Anya Blau is the author of THE SUMMER OF NAKED SWIM PARTIES (HarperPerennial 2008). Her short fiction has been nominated for a Pushcart Prize and appeared in numerous publications in the U.S. and Canada. She is currently teaching at Johns Hopkins University.

MAUD CASEY (maudcasey.com) is the author of the novels The Shape of Things to Come, a New York Times Notable Book of the Year, and Genealogy, a New York Times Editor's Pick, and an award-winning story collection, Drastic. She is the recipient of the Calvino Prize and international fellowships at the Fundacion Valparaiso and the Hawthornden International Retreat for Writers. She is an Assistant Professor of English at the University of Maryland and lives in Washington, D.C. [maudcasey.com] 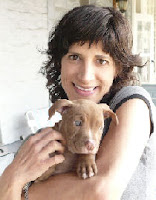 Merrill Feitell's first book, Here Beneath Low-Flying Planes, won the Iowa Award for Short Fiction. She teaches at the University of Maryland in College Park and lives in Baltimore. She is currently working on a novel. 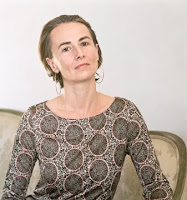 Stacey D’Erasmo is the author of the novels Tea, which was a New York Times Notable Book of the Year; and A Seahorse Year, which was named a Best Book of the Year by the San Francisco Chronicle and Newsday, and won both a Lambda Literary Award and a Ferro-Grumley Award. Her third novel, The Sky Below, will be published in January, 2009. She is currently an assistant professor of writing at Columbia University.
Posted by Jen at 8:18 PM