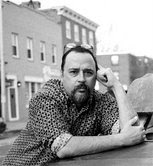 Rafael Alvarez is a short story writer and screenwriter based in Baltimore and Los Angeles. A former City Desk reporter for the Baltimore Sun, Alvarez wrote for the HBO drama "The Wire" in the show's first three seasons and is the author of ORLO AND LEINI, a collection of short fiction and HOMETOWN BOY, an anthology of his journalism. He can be reached at orlo.leini@gmail.com.

Madison Smartt Bell is the author of 12 novels, including SOLDIER's JOY, which received the Lillian Smith Award in 1989. Bell has also published two collections of short stories: ZERO DB (1987) and BARKING MAN (1990). In 2002, the novel DOCTOR SLEEP was adapted as a film, Close Your Eyes, starring Goran Visnjic, Paddy Considine, and Shirley Henderson. Bell's eighth novel, ALL SOUL'S RISING, was a finalist for the 1995 National Book Award and the 1996 PEN/Faulkner Award and winner of the 1996 Anisfield-Wolf award for the best book of the year dealing with matters of race. All Souls Rising, along with the second and third novels of his Haitian Revolutionary trilogy, Master of the Crossroads and The Stone That The Builder Refused, is available in a uniform edition from Vintage Contemporaries. Toussaint Louverture: A Biography, appeared from Pantheon in 2007. Born and raised in Tennessee, he has lived in New York and in London and now lives in Baltimore, Maryland, along with his wife, the poet Elizabeth Spires, and daughter. He is currently Director of the Kratz Center for Creative Writing at Goucher College, and has been a member of the Fellowship of Southern Writers since 2003. For more details, visit http://faculty.goucher.edu/mbell

Michael Kimball’s first two novels are THE WAY THE FAMILY GOT AWAY (2000) and HOW MUCH OF US THERE WAS (2005), both of which have been translated (or are being translated) into many languages. His third novel, DEAR EVERYBODY, has just been published in the US, UK, and Canada (http://michael-kimball.com/). Time Out New York called the writing “stunning” and the Los Angeles Times said the book was “funny and warm and sad and heartbreaking.” Sam Lipsyte has called Michael Kimball “a hero of contemporary American literature.” He is also responsible for the collaborative art project—Michael Kimball Writes Your Life Story (on a postcard)--and the documentary film, I Will Smash You (2009). 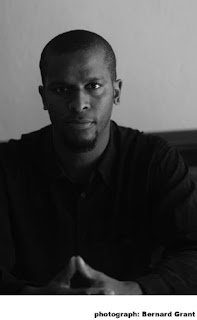 William Henry Lewis’ first book, IN THE ARMS OF OUR ELDERS, was published by Carolina Wren Press in 1995 and has since seen three printings. His second collection of stories, I GOT SOMEBODY IN STAUNTON, (Amistad/HarperCollins, 2005), has been named by Kirkus Reviews as a Best Book of 2005, and honored as a finalist for the 2006 PEN Faulkner Prize for Fiction. He teaches Creative Writing at the University of Maryland, College Park. Recently, Lewis has been awarded a 2008 Creative Writing Fellowship in prose fiction by the National Endowment for the Arts. Lewis’s writing has appeared and forthcoming in many literary journals and several anthologies, home and abroad, including Best American Short Stories of 1996.

Jen Michalski's collection of short fiction, CLOSE ENCOUNTERS (2007), is available from So New Media. Her fiction has appeared in more than 30 publications, including McSweeney's, Failbetter, storySouth, Hobart, Pindeldyboz, Thieves Jargon, Word Riot, and others. She is the editor of the literary e-zine jmww and lives in Baltimore. You can visit her at jenmichalski.com 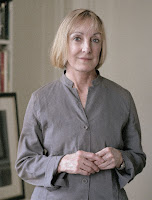 Christine Schutt is the author of two short story collections and FLORIDA, a novel and National Book Award finalist. Her second novel, ALL SOULS, was published in April 2008, and has been widely praised as "hauntingly unforgettable" and "one of the best private school novels to appear in recent years." Among other honors, Schutt has twice won the O’Henry Short Story Prize. She has taught in the writing programs at Columbia, Barnard, Sarah Lawrence, Bennington, and the University of California-Irvine. In spring she was the Louis D. Rubin, Jr., Writer-in-Residence at Hollins University and this past summer taught at the Sewanee Writers' Conference. Schutt is a senior editor of the literary annual NOON. She lives in New York.
Posted by Jen at 9:24 PM