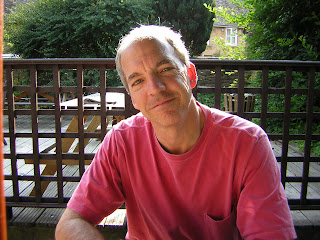 Dan Fesperman’s travels as a writer have taken him to more than 30 countries and three war zones. He spent most of that time as a correspondent for The Sun, and it wasn't until a trip to Sarajevo in the winter of '94 that he began writing his first novel, at the age of 39. His fifth novel, The Amateur Spy, published this year by Knopf, chronicles the wanderings of a disgraced American aid worker who has been forcefully recruited to spy on an old Palestinian friend, an assignment that carries him across Greece, Jordan, and the West Bank. Dan's books have won two Dagger awards from Britain's Crime Writer's Association, and a Dashiell Hammett award in the US. He lives in Baltimore. 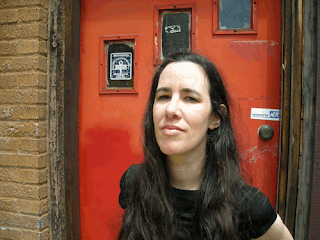 Karen Lillis is the author of the novels, "The Second Elizabeth" (Six Gallery Press, 2009), and "i, scorpion: foul belly-crawler of the desert"; and the serialized novella, "Magenta's Adventures Underground." She has been involved in the small press for a number of years as editor, publisher, and blogger, among other roles. In 2000, she embarked on a cross-country reading tour via Greyhound. Her poems and prose have appeared in such journals as Avatar Review, anderbo.com, Keyhole Magazine, Long Shot, nthposition.com, and Pulse Berlin; her writing is included in "Wreckage of Reason: An Anthology of XXperimental Prose from Contemporary Women Writers" (Spuyten Duyvil, June 2008). She has been a photographer in Virginia, a bookseller in New York City, an art critic in Texas, a writer-in-residence in Paris, and is currently a library science student in Pittsburgh. You can find her on myspace at: http://www.myspace.com/eyescorpion. 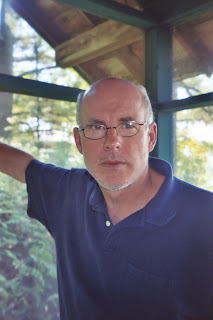 Charles Rammelkamp has lived in Baltimore for the past twenty-five years. He's been involved with a variety of publications, including being on the editorial board of THE TEACHER'S VOICE, and he edited a collection of essays entitled FAKE-CITY SYNDROME for Red Hen Press on American cultural issues to be used in college composition and rhetoric classes. He currently edits an online "journal of politics and poetry" called THE POTOMAC. He has published a number of works, including a novel, THE SECRETKEEPERS (Red Hen Press), and a collection of poems, THE BOOK OF LIFE (March Street Press), and several chapbooks, including GO TO HELL, a sequence that deals with a semester in the life of an adjunct English instructor. CASTLEMAN IN THE ACADEMY is a collection of eleven interrelated stories, recently published by March Street Press, about Roger Castleman, a writing teacher at a community college in Baltimore.
Posted by Jen at 8:37 PM