In case you missed Saturday's 510 reading at Minas Gallery, here are a few highlights:

Another standing-room crowd joined us instead of going to Preakness. But we could really, really brag if some horses had shown up, too: 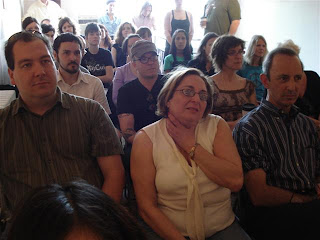 Ric Royer started the evening off by literally turning us on our head. From the back of the gallery, Ric and special guest Temple Crocker (left) read from Ric's work in progress, She Saw Ghosts, He Saw Bodies: 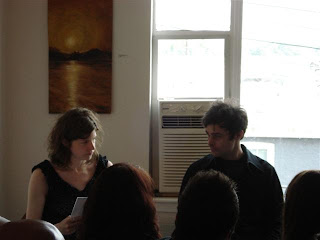 Leslie F. Miller decided to read in the front, whetting our appetites for all things cake. Here she reads from the newly released Let There Be Cake: 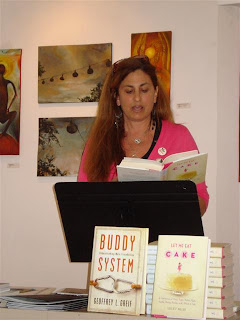 After the break, Geoffrey Greif discussed the secrets of male friendships. Here he reads excerpts from his nonfiction release, The Buddy System: 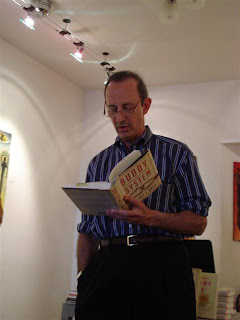 Thad Rutkowski ruminated on the origins of his name and other names he has been called. He forgot to mention a few: delightful and mesmerizing. Here he reads from his "novel in fractuals" Tetched: 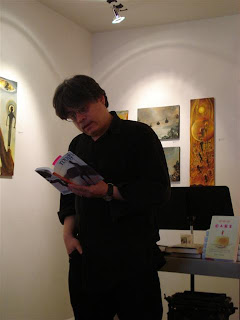 Although we will be on vacation the month of June, don't forget to come back in July, when we mix it up again with Scott Price, Ivy Goodman, Jamie Gaughran-Perez, and John Barry.
Posted by Jen at 10:15 PM