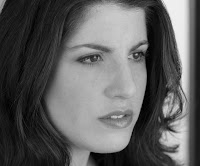 Rachel Sherman is the author of the The First Hurt (Open City Books, 2006), a book of short stories, and Living Room (Open City Books, 2009), a novel. The First Hurt was a finalist for The 2006 International Frank O’Connor Short Story Award, short-listed for the 2007 Story Award, and was chosen as one of the 25 Books to Remember from 2006 by the New York Public Library. Her fiction has appeared in McSweeney's, Nerve, Post Road, Conjunctions, n+1, Story Quarterly, and Fence among other publications. She holds an MFA from Columbia University and teaches creative writing at Rutgers University and Columbia University.

James Magruder’s short fiction has appeared or will appear in The Gettysburg Review, The Harrington Gay Men’s Fiction Quarterly, Bloom, Subtropics, The Normal School, and the anthology Boy Crazy. His adaptations of Marivaux, Molière, Lesage, Labiche, Gozzi, and Dickens have been produced on and Off-Broadway, across the country, and in Japan and Germany. His Three French Comedies (Yale University Press) was named an “Outstanding Literary Translation of the Year” by the American Literary Translators Association. His writing has been supported by the Maryland State Arts Council, the New Harmony Project, The MacDowell Colony, where he was named a Thornton Wilder Fellow, the Ucross Foundation, and the Jerome Foundation. He teaches translation and adaptation at the Yale School of Drama and production dramaturgy at Swarthmore College. The University of Wisconsin Press published his debut novel, Sugarless, in October of 2009.

Jane Delury’s fiction has appeared in Narrative, The Southern Review and Prairie Schooner, among other publications. She has an essay forthcoming in the anthology, Writers on the Words They Love and Loathe. She is a recipient of an Individual Artist Award from the Maryland State Arts Council and a fellowship from the Virginia Center for the Creative Arts. A graduate of the Johns Hopkins Writing Seminars, she is on the faculty of the University of Baltimore’s MFA in Creative Writing & Publishing Arts program. 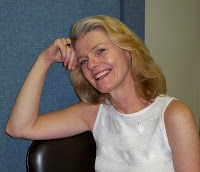 After three decades of writing press releases, speeches and newsletters to pay the bills, Caryn Coyle tried fiction. Her ninth story was recently accepted for publication in Gargoyle, and her stories have been published in jmww, Loch Raven Review, The Santa Fe Writer's Project Literary Journal, and a few others. She won the 2009 Maryland Writers Association Short Fiction Contest. A graduate of the College of Notre Dame of Maryland and the Johns Hopkins University, she reviews restaurants for the website, Welcome to Baltimore, Hon.
Posted by Michael Kimball at 5:59 PM