Season Four, Episode Three: Deb Olin Unferth, Megan Boyle, Jen Grow, and Mikita Brottman. This actually too much greatness to have in one place at one time, but please come anyway. Saturday, March 19th, at 5pm, at Minas. 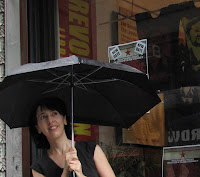 Deb Olin Unferth is the author of the memoir Revolution, the story collection Minor Robberies, and the novel Vacation. Her work has been published in Harper's Magazine, McSweeney's, The Believer, and the Boston Review. She has received two Pushcart Prizes and a 2009 Creative Capital grant for Innovative Literature, and was a Harper's Bazaar Editors' Choice: Name to Know in 2011. 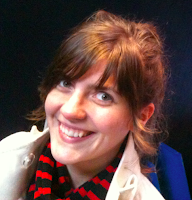 Megan Boyle has lived in Baltimore for three years. She has been published by 3 AM, Muumuu House, and frequently contributes to Thought Catalog. Her debut poetry collection, selected unpublished blog posts of a mexican panda express employee, is forthcoming from Muumuu House in October 2011.

Jen Grow has had her fiction and nonfiction appear in The Writer’s Chronicle, Other Voices, The Sun Magazine (of North Carolina), The GSU Review, Shattered Wig Review, Hunger Mountain, Indiana Review, City Sages: Baltimore and others. She’s received two Individual Artist Awards from the Maryland State Arts Council and her stories have earned nominations for both the Best New American Voices and a Pushcart Prize. Her story collection, O.K., Goodbye, was a finalist for the St. Lawrence Book Award, the G.S. Sharat Chandra Prize for Fiction and the Spokane Prize. She holds her MFA from Vermont College and taught for several years at Goucher College and MICA. 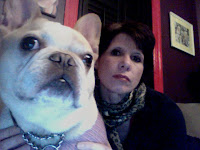 Mikita Brottman is an author and cultural critic known for her psychological readings of the dark and pathological elements of contemporary culture. She is the author of books on the horror film, cannibalism, psychoanalysis, critical theory and contemporary popular culture. Her most recent book, The Solitary Vice: Against Reading (Counterpoint, 2008) was selected as one of the Best Books of the year by Publishers Weekly.
Posted by Michael Kimball at 1:51 PM