Like major television networks, we don't do real programming over the summer, but it's fall again and we have some exciting watching and listening planned. First up are John Brandon, Sandra Beasley, Christine Grillo, and Greg Olear (bios and faces, below). The rest of the fall schedule is over there on the right. I hope to see you there or there or there. 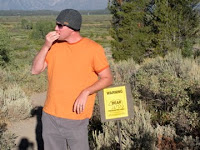 John Brandon was raised on the Gulf Coast of Florida. He spent the last couple years at Ole Miss and this year will be the Tickner Writing Fellow at Gilman School in Baltimore. He has written two novels, 'Arkansas' and 'Citrus County,' both put out by McSweeney's. His shorter work has appeared in GQ, Oxford American, Subtropics, The New York Times Magazine, McSweeney's Quarterly Concern, The Believer, Mississippi Review, Tampa Review, Saw Palm, ESPN the Magazine, The Pinch, Yalobusha Review, etc. Last season he wrote a blog on SEC football for GQ.com and this fall is writing about all of college football for Grantland.com.

Sandra Beasley’s most recent book is Don’t Kill the Birthday Girl: Tales from an Allergic Life, a memoir and cultural history of food allergy. She is also the author of I Was the Jukebox, winner of the Barnard Women Poets Prize, and Theories of Falling, winner of the New Issues Poetry Prize. Other honors for her work include selection for the 2010 Best American Poetry, the 2010 University of Mississippi Summer Poet in Residence position, a DCCAH Artist Fellowship, the Friends of Literature Prize from the Poetry Foundation, and the Maureen Egen Exchange Award from Poets & Writers. She lives in Washington, D.C.

Christine Grillo's work has appeared in The Southern Review, Utne Reader, LIT, and other journals. She works full-time as a contributing writer at the Johns Hopkins Center for a Livable Future, and does freelance magazine writing for publications such as BSO Overture, Baltimore Style, Urbanite, and others. She is a graduate of the Johns Hopkins master's program in creative writing, and a fellow of the Virginia Center for the Creative Arts.

Greg Olear is the author of the novels Totally Killer and Fathermucker. He’s the senior editor of The Nervous Breakdown and the editor-in-chief of Fathermucker: The Blog, and he regularly contributes to Huffington Post Parents. His work has also appeared at Babble.com, The Millions, and The Rumpus. He lives with his family in upstate New York, where he teaches creative writing at Manhattanville College.

Posted by Michael Kimball at 11:31 AM