October 15th, 5pm, Minas -- Mark Cugini, Jackie Wang, John Rowell, Laura Ellen Scott -- you will be able to say you were there when it happened.

Mark Cugini's got slugs for snitches. The managing editor of Big Lucks, his work has appeared or is forthcoming in NOÖ, Everyday Genius, Stymie, Petrichor Machine and others. He curates the Three Tent Reading Series in Washington, DC and is the recent recipient of a Scholarship Grant to the Juniper Summer Writing Institute at UMass Amherst. 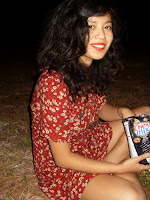 Jackie Wang is a Baltimore-based writer and performer. Her hybrid writings on literature, art, film, music, theory, politics, and culture can be read on HTMLGIANT, BOMBlog and her personal blog. She has recently published an essay in the anthology Other Tongues (Inanna Publications) about hybrid identities and writing temporalities. She is currently working on a book of poetry and a novel about mother-ghosts, adolescent queer desire, kidney stones, and parthenogenetic birth stories.

John Rowell is the author of the short story collection The Music of Your Life (Simon and Schuster), which was named a Dazzling Debut/Breakout Book of Spring, 2003 at Amazon.com, and was also a finalist for the 2004 Ferro-Grumley Prize for Best Fiction Book of the Year. John served for two years as the Reginald S. Tickner Fellow/Writer-In-Residence at The Gilman School of Baltimore, Maryland, where he is now a member of the permanent Upper School faculty, teaching English and Creative Writing and directing in the theater program. John’s fiction, essays and reviews have been featured in such publications as Tin House, Bloom and Show Business Weekly, among others, and he was recently represented with a story in Long Story Short: Flash Fiction From Sixty-Five of North Carolina’s Finest Writers, published by UNC Press. Currently, he is at work on a novel entitled Overachievers: A Love Story, and last year completed a stage adaptation of several of the stories in The Music of Your Life, which received its World Premiere at the Jermyn Street Theatre in London’s West End in November, 2010. 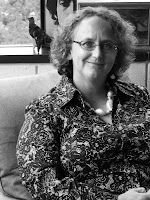 Laura Ellen Scott's debut novel is Death Wishing, a comic fantasy set in New Orleans. She teaches fiction writing at George Mason University, in Fairfax, Virginia and has published traditional short stories in Ploughshares, Hayden's Ferry Review, Barrlehouse, and the Paycock Press anthology Gravity Dancers: Even More Fiction by Washington Area Women. However, she also writes experimental, magic realist fiction, most of which is very short for online journals such as Wigleaf, Storyglossia, and elimae. Her collection of very short fiction, Curio, was published by Uncanny Valley Press earlier this year.
Posted by Michael Kimball at 1:48 PM

You might be qualified to receive a $1,000 Amazon Gift Card.

Excellent information and very useful lurr. Greetings from us.
we are waiting for further information.
Obat tradisional benjolan di leher

The information is very good and very useful. I really like it and I am also waiting for the post information.

Thank you very much hasbeen for sharing this information

I have read your blog it is very helpful for me. I want to say thanks to you. I have bookmark your site for future updates :)

I can only express a word of thanks. Because with the content on this blog I can add knowledge I, thank has been sharing this information. Do not forget to visit our website to share information and knowledge about health. |
obat anyang anyangan di apotik 100% Ampuh |
Salep Obat Gudik