February was really great. March will be too. 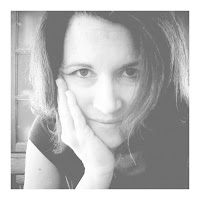 Elisabeth Dahl's first book, a novel for children entitled AKA GENIE WISHES, will be published by Abrams Books in 2013, and she has just completed her second book, a novel for adults. Her writing has appeared at NPR.org, at TheRumpus.net, and in Urbanite. Elisabeth holds a bachelor's degree from Johns Hopkins and a master's degree from Georgetown, where she was a Writing Center Associate Fellow. A Baltimore native, Elisabeth returned to the city in 2003, after a decade in Berkeley and DC. 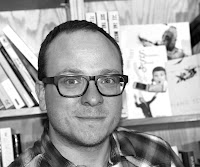 Justin Sirois is a writer living in Baltimore, Maryland. His books include Secondary Sound (BlazeVOX), MLKNG SCKLS (Publishing Genius), and Falcons on the Floor (Publishing Genius) written with Iraqi refugee Haneen Alshujairy. He also runs the Understanding Campaign with Haneen and co-directs Narrow House. Justin has received several individual Maryland State Art Council grants and a Baker "b" grant in 2010. He owns a few rifles and will take you target shooting if you pay for ammo. 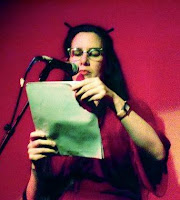 Karen Lillis writes about women, artists, and other outsiders in fiction and nonfiction. "Watch the Doors as They Close" (Spuyten Duyvil Novella Series, February 2012) is her fourth book of fiction. She blogs at Karen the Small Press Librarian, and she is currently finishing a memoir about her years working at St Mark’s Bookshop, "Bagging the Beats at Midnight. 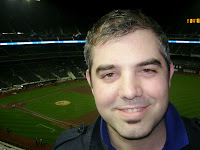 J. R. Angelella is the author of the novel Zombie, as well as a forthcoming, Southern Gothic, supernatural YA series (Sourcebooks/Teen Fire) co-written with his wife, the writer Kate Angelella. His short fiction has appeared in numerous journals, including Fifth Wednesday Journal, Sou’wester and, most recently, The Coachella Review, where his short story “Sauce” won the 2012 Short Fiction Contest. He holds an MFA in Creative Writing and Literature from Bennington College and teaches at the Gotham Writers’ Workshop in New York City. Born and raised in Baltimore, he now lives in Brooklyn with his wife and their two ragtag cats, Pacey and Bailey. For more info, check out his website: www.jrangelella.com; or follow him on twitter: @jrangelella.
Posted by Michael Kimball at 3:02 PM