The 510 is back for a late winter/early spring run. This first one on February 18th is going to be so good: Lia Purpura, Adam Robinson, Timmy Reed, and Isaac James Baker. 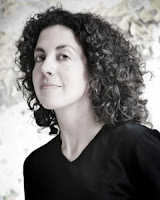 Lia Purpura is the author of seven collections of essays, poems and translations, most recently, Rough Likeness (essays, Sarabande Books, January 2012). Her awards include Finalist for the National Book Critics Circle Award (for the essay collection On Looking), NEA and Fulbright Fellowships, three Pushcart prizes, work in Best American Essays, 2011, the AWP Award in Nonfiction, and the Beatrice Hawley award in Poetry. Recent work appears in Agni, Field, The Georgia Review, Orion, The New Republic, The New Yorker, The Paris Review, and elsewhere. She is Writer in Residence at Loyola University, Baltimore, MD and teaches in the Rainier Writing Workshop MFA Program. 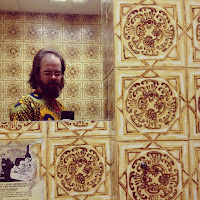 Baltimore's ADAM ROBINSON is the author of ADAM ROBISON AND OTHER POEMS and SAY POEM, both books of poetry. In 2005 he wrote and produced a horror play called THE PROFESSOR, in which a first-year associate professor attempts to teach his students about gothic literature by faking murders around campus -- and then the murders become real. Or do they? He is also the author of a serialized novella called THE ORGANIZATION. Adam runs PUBLISHING GENIUS PRESS and plays guitar in the rock band called COACH TAYLOR. 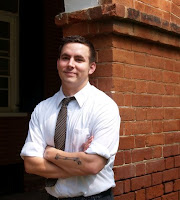 Isaac James Baker is a writer and communications specialist living in Washington, DC. He is working on a master’s degree in fiction writing from Johns Hopkins University. His short stories, poetry and journalism have been published in journals around the country and online. His first novel, Broken Bones, is the story of a young man’s stay in a psychiatric ward for anorexics (The Historical Pages Company).

Timmy Reed is a writer and visual artist from Baltimore, Maryland where he currently attends the Creative Writing & Publishing Arts MFA program at University of Baltimore. He worked as an Editorial Intern at Crazyhorse while an undergraduate at the College of Charleston and has recently published in Spilt Milk Magazine, Pure Slush, The Bicycle Review, Artichoke Haircut, Pretend Genius' Write This, and Smile, Hon, You're in Baltimore. He was awarded Third Place in the 2011 Baltimore City Paper Fiction Contest. Read his blog about animals and other stuff at Underrated Animals and his tiny stories on Twitter @BMORETIMMYREED.
Posted by Michael Kimball at 6:45 PM