Thanks so much for coming out Saturday. Even though Tania James was unable to make it, it was all good: she was detained in DC, receiving an award from the Kerala Tristate Association for Atltas of Unknowns. We promise we'll have her back in early 2010, and you can see what all the excitement is about her debut novel yourself.

Jason Tinney, Michael Pollock, and Paula Bomer were there, though, and they were awesome!

Jason Tinney entertained us with tales of lawn movers and yellowjackets, washing machines and drying machines, and the do's and dont's of microwaving underwear. 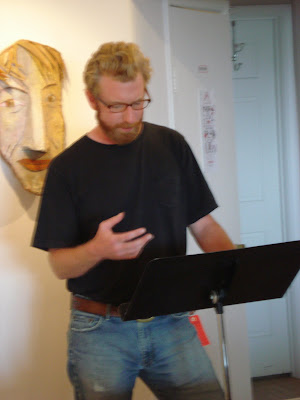 Michael Pollock, editor of First City Review and native of Philadelphia, was up next. We were treated to many things that we shouldn't try at home, such as driving in the dark with the headlights off. 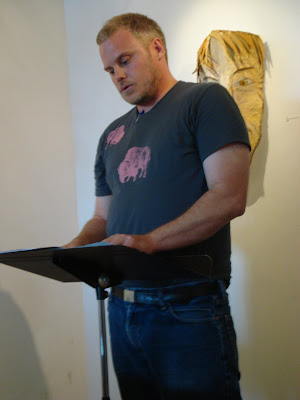 Paula Bomer, who came down from New York to read, wrapped up the show, continuing on the theme of "do as I say, not as I do." In fact, I cannot repeat here almost any of the words she spoke. If you want to read it yourself, look up the last issue of New York Tyrant. 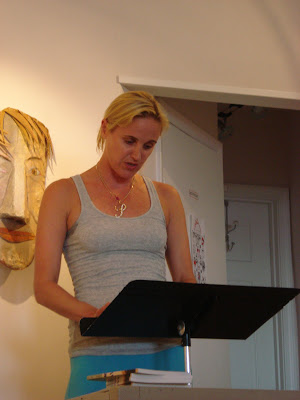