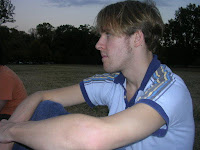 Blake Butler is the author of EVER (Calamari Press) and Scorch Atlas (Featherproof Books). He edits HTML Giant and blogs here. 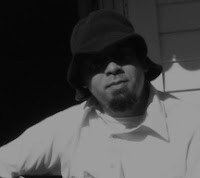 Robert Lopez is the author of two novels, Kamby Bolongo Mean River and Part of the World. His fiction has appeared in dozens of publications. He teaches at The New School, Pratt Institute, and Columbia University. 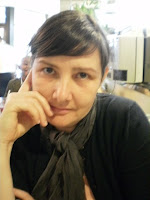 Johannah Rodgers has been living and writing in Brooklyn for the last fifteen years. Her book, sentences, a collection of short stories, essays, and drawings, was published by Red Dust in 2007, and her chapbook, “necessary fictions,” was published by Sona Books in 2003. Her short stories, essays, and reviews have appeared in Fence, Bookforum, Fiction, CHAIN Arts , Pierogi Press, and The Brooklyn Rail, where she is a contributing editor. She teaches writing and literature courses at The City University of New York, where she is an assistant professor in English and is working on a project that investigates experimental approaches to storytelling and narrative through the use of "generated" and found language.

Samuel Ligon is the author of a collection of stories, Drift and Swerve (Autumn House 2009), and a novel, Safe in Heaven Dead (HarperCollins 2003). His stories have appeared in The Quarterly, Alaska Quarterly Review, StoryQuarterly, Noise: Fiction Inspired by Sonic Youth, Post Road, Keyhole, Gulf Coast, New England Review, and elsewhere. He teaches at Eastern Washington University's Inland Northwest Center for Writers, in Spokane, Washington, and is the editor of Willow Springs. 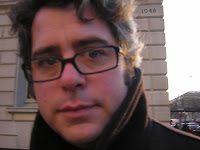 Donald Breckenridge is the fiction editor of The Brooklyn Rail, editor of The Brooklyn Rail Fiction Anthology (Hanging Loose Press, 2006) and co-editor of the InTranslation website. In addition, he is the author of more than a dozen plays as well as the novella Rockaway Wherein (Red Dust, 1998), and the novel 6/2/95 (Spuyten Duyvil, 2002). His novel This Young Girl Passing is forthcoming from Autonomedia and his novel YOU ARE HERE is out now on Starcherone Books.
Posted by Michael Kimball at 1:50 PM