We have a special, extra reading in November on the 14th, and you'd be crazy to miss it: Kathy Flann, Glenn Moomau, Robin Hemley, and Madison Smartt Bell. Same time (5 pm), same place (Minas Gallery), same lovely hosts (Michael, Jen, Peggy, and Minas), and same well-cultured and discerning attendees (you). See you then! 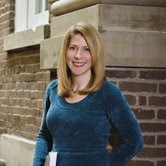 Kathy Flann's fiction has appeared or is forthcoming in The North American Review, Shenandoah, Crazyhorse, The Barcelona Review, The Adirondack Review, Quarterly West, Blackbird, The Del Sol Review, Yemassee, Southern Humanities Review, The Texas Review, The O. Henry Festival Stories, and New Stories from the South. A novella won the AE Coppard Prize for Long Fiction and was published by White Eagle Coffee Store Press in 2008. A short story collection entitled Smoky Ordinary won the 2008 Serena McDonald Kennedy Award and was published by Snake Nation Press. Currently, she is an assistant professor of creative writing at Goucher College in Baltimore.

Glenn Moomau teaches at American University and is the author of Ted Nugent Condominium, From Boston to Austin with the Glenmont Popes, a book that novelist Howard Norman called a “searing anti-memoir.” His fiction, essays, and reviews have appeared in Link, Bomb, The Westminster Review, Gargoyle, and The Washington Post, among other publications. He is also a musician whose work has appeared on numerous recordings. Most recently, his life as a teacher, writer, and musician was profiled on NPR radio show, The Signal, and he was a featured performer in the award-winning documentary, Euphoria.

Robin Hemley is the winner of a Guggenheim Fellowship for his work on DO-OVER!. He has published seven books, and his stories and essays have appeared in the New York Times, New York Magazine, Chicago Tribune, and many literary magazines and anthologies. Robin received his MFA from the Iowa Writers Workshop; he currently directs the Nonfiction Writing Program at the University of Iowa and lives in Iowa City, IA. 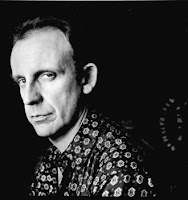 Madison Smartt Bell is the author of 13 novels, including SOLDIER's JOY, which received the Lillian Smith Award in 1989. Bell has also published two collections of short stories: ZERO DB (1987) and BARKING MAN (1990). In 2002, the novel DOCTOR SLEEP was adapted as a film, Close Your Eyes, starring Goran Visnjic, Paddy Considine, and Shirley Henderson. Bell's eighth novel, ALL SOUL'S RISING, was a finalist for the 1995 National Book Award and the 1996 PEN/Faulkner Award and winner of the 1996 Anisfield-Wolf award for the best book of the year dealing with matters of race. All Souls Rising, along with the second and third novels of his Haitian Revolutionary trilogy, Master of the Crossroads and The Stone That The Builder Refused, is available in a uniform edition from Vintage Contemporaries. Toussaint Louverture: A Biography, appeared from Pantheon in 2007. Born and raised in Tennessee, he has lived in New York and in London and now lives in Baltimore, Maryland, along with his wife, the poet Elizabeth Spires, and daughter. He is currently Director of the Kratz Center for Creative Writing at Goucher College, and has been a member of the Fellowship of Southern Writers since 2003. DEVIL'S DREAM, a novel based on the career of Confederate Cavalry General Nathan Bedford Forrest, will be published by Pantheon in November 2009.
Posted by Jen at 3:09 PM