Kevin Sampsell has been the publisher of the micro-press, Future Tense Books, since 1990. He has also worked at Powell's Books since 1997, as an events coordinator and the head of the small press section. His writing has appeared in various newspapers, web sites, and literary journals. His books include Creamy Bullets, Portland Noir (as editor), and the new memoir, A Common Pornography. His website is www.kevinsampsell.com. 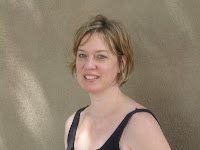 Jane Satterfield is the author of Daughters of Empire: A Memoir of a Year in Britain and Beyond (Demeter Press, 2009) and two books of poetry: Assignation at Vanishing Point (Elixir, 2003) and Shepherdess with an Automatic (WWPH, 2000). She is the recipient of a National Endowment for the Arts Fellowship in Literature, three Maryland State Arts Council grants in poetry, and the Pirate’s Alley Faulkner Society’s Gold Medal for the Essay. She lives in Baltimore with her husband, poet Ned Balbo, and her daughter Catherine, and teaches at Loyola University. 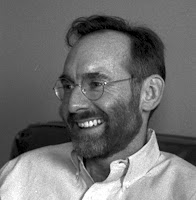 Ron Tanner has published stories widely in such magazines as The Iowa Review, New Letters, and West Branch. His awards for short fiction include a Pirate’s Alley Faulkner Society gold medal, a Pushcart Prize, a New Letters Award, a Best of the Web Award, and many others. His collection of stories, A Bed of Nails, won both the G.S. Sharat Chandra award and the Towson Prize for Literature and is now in its second printing. His story “Wheels” won the 2009 Gertrude Press award and has been published as a chapbook. Ron teaches writing at Loyola University in Baltimore. Currently he is writing a book about his time in Micronesia. 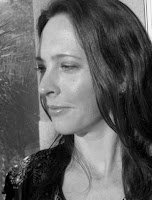 Meghan Kenny teaches writing at Towson University and for Gotham Writers’ Workshop online. She was the 2008-2009 Tickner Writing Fellow at the Gilman School in Baltimore and a 2008 Peter Taylor Fellow at The Kenyon Review Writers' Workshop. Her stories have appeared in Sonora Review, The Gettysburg Review, The Iowa Review, Cimarron Review, Bound Off, The Kenyon Review, The Florida Review and has one forthcoming in Pleiades. She won the 2005 Iowa Review Award for fiction and received a Special Mention in the 2007 Pushcart Prize Anthology. She received her B.A. from Kenyon College and her M.F.A. from Boise State University. She is working on her first novel.
Posted by Michael Kimball at 11:44 AM