Brian Evenson is the author of ten books of fiction, most recently the limited edition novella Baby Leg, published by New York Tyrant Press in 2009. In 2009 he also published the novel Last Days (which won the American Library Association's award for Best Horror Novel of 2009) and the story collection Fugue State, both of which were on Time Out New York's top books of 2009. His novel The Open Curtain (Coffee House Press) was a finalist for an Edgar Award and an IHG Award. His work has been translated into French, Italian, Spanish, Japanese and Slovenian. He lives and works in Providence, Rhode Island, where he directs Brown University's Literary Arts Program. Other books include The Wavering Knife (which won the IHG Award for best story collection), Dark Property, and Altmann's Tongue. He has translated work by Christian Gailly, Jean Frémon, Claro, Jacques Jouet, Eric Chevillard, Antoine Volodine, and others. He is the recipient of an O. Henry Prize as well as an NEA fellowship. 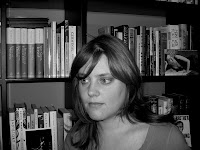 Joanna Howard is the author of the story collection On the Winding Stair and the chapbook In the Colorless Round, with artwork by Rikki Ducornet. She teaches at Brown University and lives in Providence, RI.

Matt Bell is the author of How They Were Found, a collection of fiction from Keyhole Press. His fiction has been anthologized in Best American Mystery Stories 2010 and Best American Fantasy 2. He is also the editor of The Collagist. 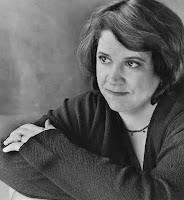 Carolyn Parkhurst is the author of the New York Times bestselling novels "The Dogs of Babel" and "Lost and Found," as well as the new novel "The Nobodies Album." Her first children's book, Cooking With Henry and Elliebelly, will be published later this month. She lives in Washington, DC with her husband and two children.
Posted by Michael Kimball at 12:59 PM