Jenny Hollowell’s short fiction has appeared in Glimmer Train, Scheherezade, and the anthology New Sudden Fiction, and was named a distinguished story by Best American Short Stories. She received an MFA from the University of Virginia, where she was a Henry Hoyns Fellow in Fiction and recipient of the Balch Short Story Award. She has received fellowships from Ledig House International Writers Residency and the Vermont Studio Center, and was a Tennessee Williams Scholar at the 2007 Sewanee Writers’ Conference. Her debut novel, Everything Lovely, Effortless, Safe, was published by Henry Holt & Company in June 2010. She lives in Brooklyn with her husband and daughter. 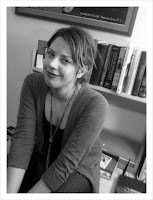 Amber Sparks's work is featured or forthcoming in various places, including New York Tyrant, Unsaid, Lamination Colony, The Collagist, Annalemma, and PANK. She is also the fiction editor at Emprise Review. She lives in Washington, DC with two beasts and a husband, but most days you can find her here. 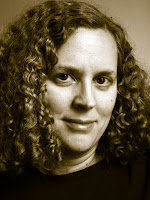 Jen Michalski's first collection of fiction, CLOSE ENCOUNTERS, is available from So New (2007), her second is forthcoming from Dzanc (2013), and her novella MAY-SEPTEMBER (2010) will be published by Press 53 in October as part of the Press 53 Open Awards. Her chapbook CROSS SECTIONS (2008) is available from Publishing Genius. She also is the editor of the anthology CITY SAGES: BALTIMORE (CityLit Press 2010), which won a 2010 "Best of Baltimore" award from Baltimore Magazine. She edits the literary quarterly jmww, and is cohost of the monthly reading series The 510 Readings in Baltimore. 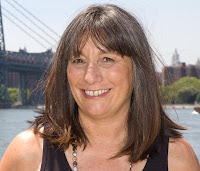 Janice Shapiro studied film at UCLA where she won first prize in The Samuel Goldwyn Screenwriting Competition. The short films she directed were screened widely at film festivals around the world and she was a recipient of an AFI Filmmakers’ Grant. She has written scripts for numerous studios and independent producers including the cult film, Dead Beat that she co-wrote with her husband, Adam Dubov. Janice’s short stories have been published in The North American Review, and The Santa Monica Review. A graphic memoir of hers was included in the anthology, What Were We Thinking? Another graphic memoir appeared in The Seattle Review. She is currently working on a novel, Bad Baseball, a second collection of short stories, a collection of food essays entitled, Eat Like Me, and a book length graphic memoir, Crushable – My Life In Crushes From Ricky Nelson to Viggo Mortensen. Janice lives in Brooklyn with her husband, son and dog. Bummer and Other Stories is her first book.
Posted by Michael Kimball at 1:12 AM